Meet Our Board of Advisors & Graduates

The Board of Advisors

“A single conversation with a wise man is better than 10 years of study.” The difference between knowledge and wisdom is experience. So we’ve rounded up the most experienced players in the game: thought leaders, industry experts, and more. They’re ready to make an impact, and they’re committed to your success.

View All Board Members 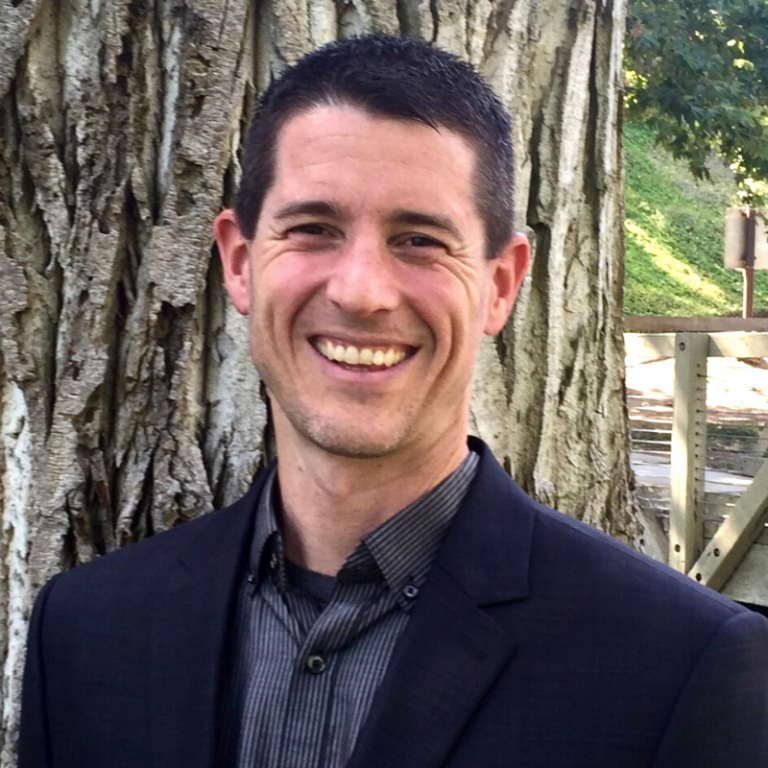 Andrew Cushman started off flipping single family properties in Southern California in 2007. In 2011, he transitioned to multifamily acquisitions, successfully syndicating and repositioning just under 1,800 multifamily units to date. Andrew is a details-driven professional who leaves no stone unturned when vetting deals. His passion drives him forward in entrepreneurial endeavors but his easygoing, down-to-earth attitude is what builds lasting friendships with his investors and partners. Andrew believes in building passive income streams in order to free up more time for enjoying family and the personal hobbies/passions that make life enjoyable and worthwhile. 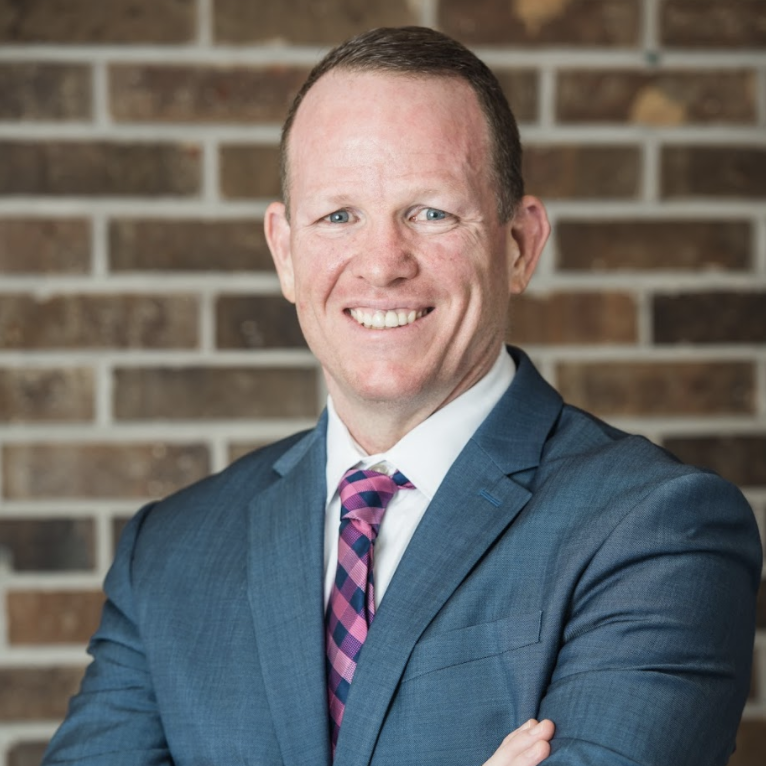 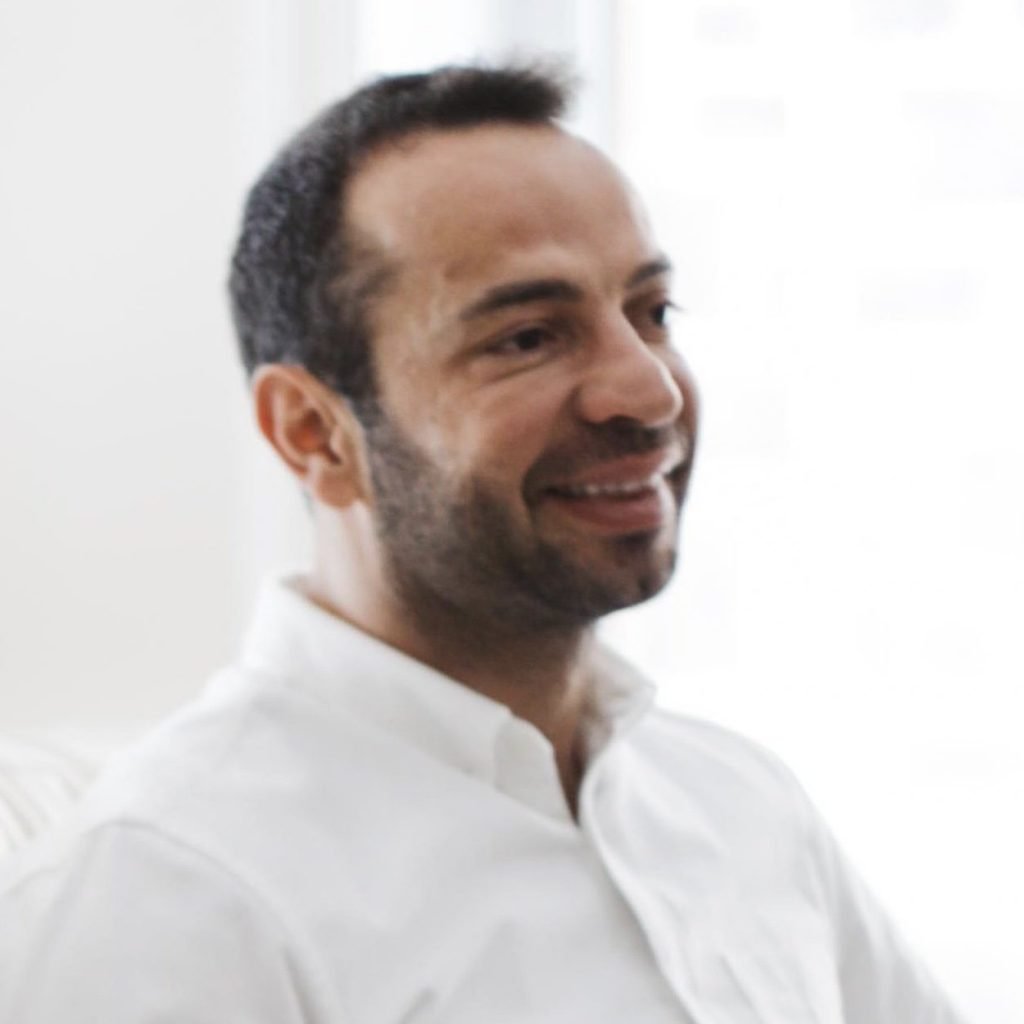 Ned Mahic is an experienced real estate developer and investor. He has accumulated more than 20 years’ experience in acquiring, financing, developing, and investing in various real estate properties, ranging from condos, student housing, and self-storage to light industrial properties across North America. As a business veteran, Ned is widely recognized for his ability to create stellar growth in a sustainable manner. Believing in the power of people, he has developed his own success formula: growth = scalable system + empowered employees. His leadership skills in constructing scalable “corporate machines” and unlocking people’s potential significantly contribute to our board.

Ray is a husband, father, son, brother, and leader in the shopping center industry addicted to progress. He has an insatiable appetite to learn, grow, and lead. Ray along with his brother Mitch found NetCo Investments, Inc. to focus on acquiring, redeveloping, and re-tenanting shopping centers. In his career as a principal, Ray has been involved with the acquisition, redevelopment, sale, and financing of more than 1.2 million square feet and transactions valued at over $300 million. Over the last 25 years, Ray has had experience in transactions with many national retailers such as Wal-Mart, Home Depot, and Ross Dress for Less. He has an MBA and MRED from USC, is currently a member of GoBundance, FamBundance, Front Row Dads, and an avid traveler who has visited 42 countries.

The Board of Graduates 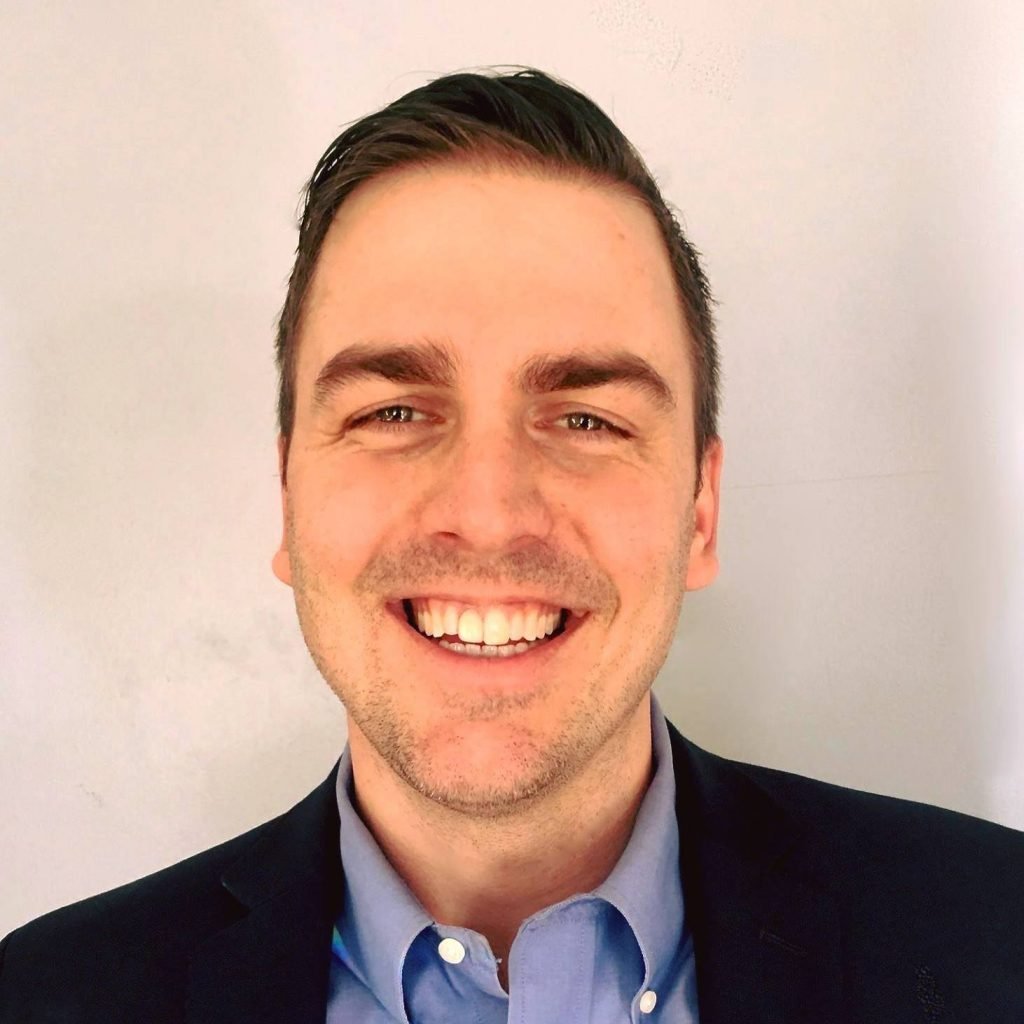 Bryce retired at age 35 after being an elementary school teacher for 10 years. Since joining M1, he boosted his net worth to +$1M and his monthly horizontal income to $16k; He credits the curriculum and culture of striving and accountability M1 provides for much of this growth. He has also lost 35 total pounds since M1, as he began to target each of his gardens specifically. “Get good grades, get a college degree, take student loans, get a good job, and sit in a cubicle for 40 years.” Like everyone else he knew, Bryce believed this was the only realistic Economic Life Plan. But through real estate investing, he was able to retire from the 9-to-5 at age 35. He now spends his days with his wife and four daughters, free from the bondage of a traditional job. He loves to golf, supports Young Life, is involved at his church, tosses a mean frisbee, coaches his daughters’ lacrosse teams, plays guitar too loud, takes his wife on adventurous vacations and is an avid reader. He hopes to inspire and instruct others to follow a similar path toward Financial Freedom while they are still young enough to enjoy it!

Carolyn is the founder of the FIERCE Academy, an online program that helps women create life strategies that enables them to have the life they dream of—without sacrificing their families, careers, or lifestyles. She is also the author of F.I.E.R.C.E.: Transform Your Life in the Face of Adversity, 5 Minutes at a Time! With a Ph.D. in Organizational Leadership and Behavior, an MBA, and a BA in Business, Carolyn understands the importance of traditional education. She also knows that intertwining personal experiences allows people to maximize the information from her teachings, presentations, and workshop offerings. From standing in a food line at the Salvation Army to earning a Ph.D., Carolyn is avid about sharing her own life story and encouraging others to make changes that move them from fear to focusing on the pursuit of their passions. 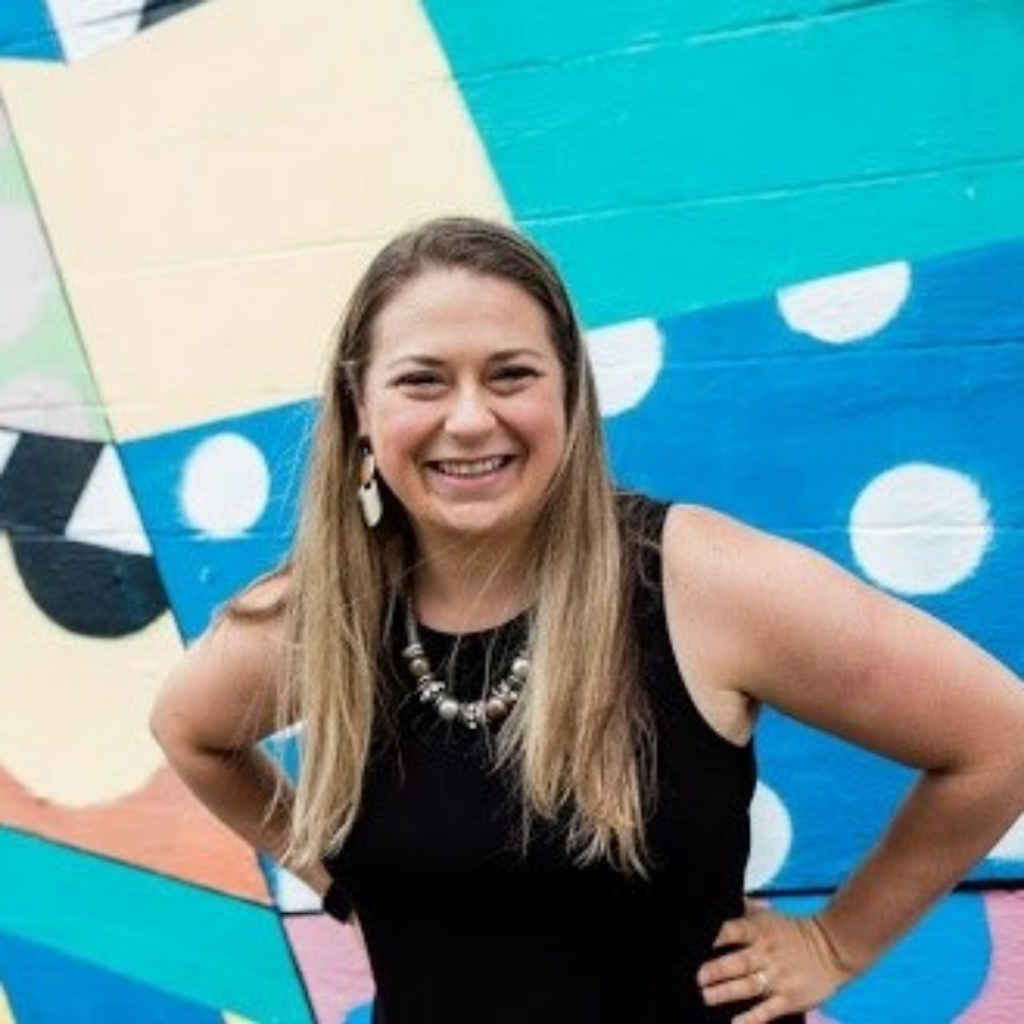 Linzee is the wife of Steve Ciprani and a mom to two amazing little leaders Emerson and Alexis Ciprani. Linzee is the co-founder of the Podcast The Leader Equation where she and her co-host talk all things leadership weekly. Linzee is the Founder of Ciprani Consulting– a recruiting and training company that specializes in the field of Real Estate. This company has placed and trained over 2000 talented individuals within the Real Estate world. In addition, Linzee is the Founder of The Linzee Ciprani Team- a real estate team within Keller Williams that uses the processes and systems of Ciprani Consulting. The Linzee Ciprani Team was built from the ground up in 1 year and closes around $30,000,000 annually. Prior to owning her own companies, Linzee was the COO/Owner of the Jesse Johnston Team and the Listing/Operations Manager of the Matt Fetick Team. Linzee holds a Bachelor’s Degree from Pennsylvania State University with an emphasis in Communications. Last but not least, Linzee’s claim to fame within the M1 community is that she was in the first female group to go through M1 and was the first female to become a millionaire through the program. 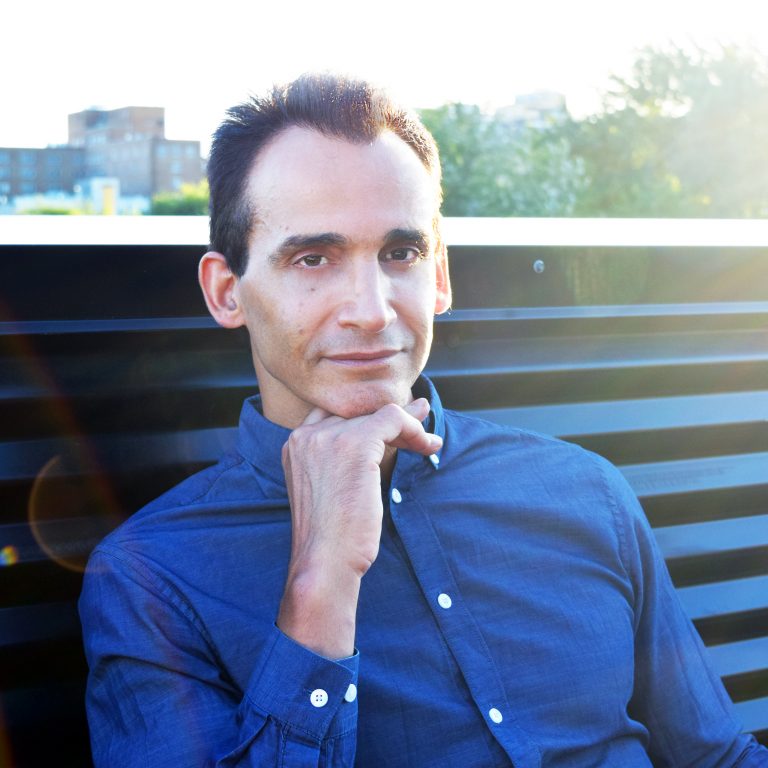 Mike started his career in banking. He originated and managed complex transactions worldwide and a couple of them received industry awards. Mike is now helping others as a stock market investor and coach and an international real estate investor. When everybody panics, Mike buys cheap stocks that pay him huge dividends until the next crisis comes and he does it again. Mike started investing in real estate in Mexico a few years back and he is now traveling the world to find the best opportunities for himself and his investors. He is regularly the top contributor in BiggerPockets’ international forum. 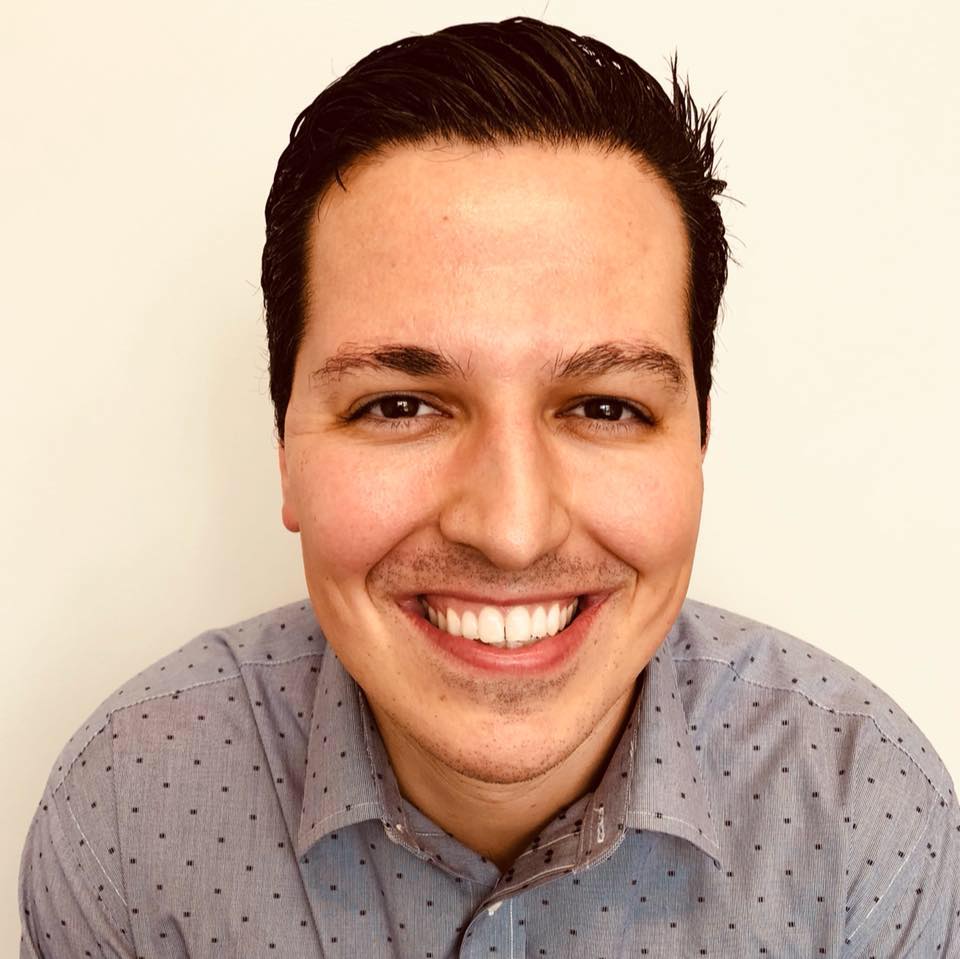 Steve Ciprani has been involved with Ciprani Consulting from that start, transitioning to it full time in 2019. Previously, he worked as an educator in his local school district, focusing on teaching Latin. Steve has a passion for helping others grow through education, training, and coaching. In his free time, Steve enjoys making pasta with his family, running through his hometown, and exploring dead languages. After a year in M1, these are some of Steve’s achievements: a new career, investment properties, bucket list adventures with friends and mentors, better health, gratefulness and an ever expanding vision for “leveling up” his life. 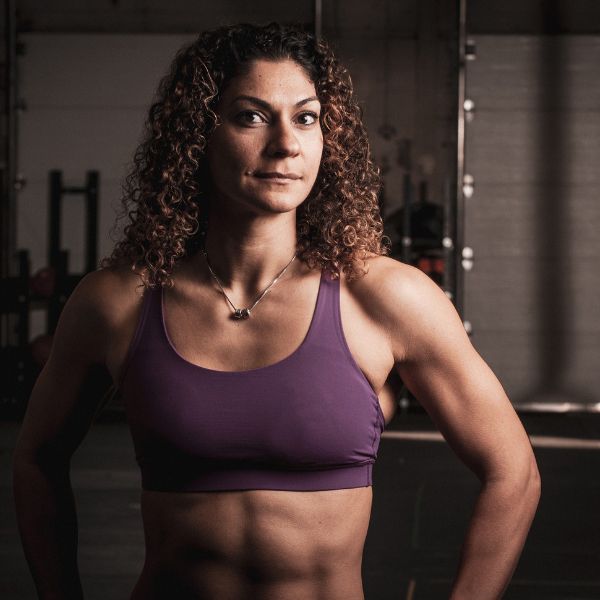 Sherry joined M1 in Oct 2018 as part of Unit 28 after listening to the RWR podcast on repeat and watching Rock’s Goalcast video on the power of identity. Sherry realized that for years she was unknowingly dimming her light – surrounding herself with a social circle that didn’t share the same drive to create an epic life. Joining M1 felt like coming home. Soon after joining, Sherry was SECing pods, leading onboarding Units and contributing in every way she could. But it was the last minute invite to attend the M1 Mexico Event in 2019 and win the GoTalks series that unleashed who she was always meant to be. By the beginning of 2020 Sherry had covered her debt that she accumulated from opening her CrossFit gym, launched the online program she always dreamed of, and despite having to permanently close her gym during the pandemic, doubled her income and created the work freedom she always strived for. Today, Sherry is the M1 Director of Fitness inspiring and working with Tribe members to shift their health and fitness identity to empower their inner Athlete. 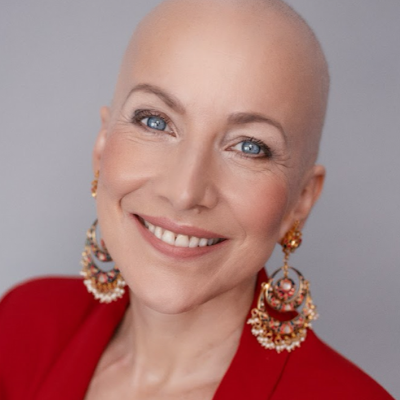 Amélie Yan-Gouiffes is an author, coach, and motivational speaker. She is an international expert in crisis management and resilience. For nearly 25 years, Amélie worked in areas struck by natural disaster, war, and socio-political chaos in different parts of the globe. And, in 2020, she encountered her own crisis in battling cancer. Amélie’s understanding of adversity (on both professional and personal levels) is what fuels her mission today — to empower others to thrive through crisis. As an advisor, she leads government officials, communities and entrepreneurs on building resilience and recovering after crises. As a coach and speaker, she imparts stories and practical tools, inspiring others to appreciate change and learn how to flourish, even against all odds. As an author, Amélie leaves a legacy of the valuable life lessons she’s learned through her work, encounters, travels and, perhaps most importantly, through her experiences being human. 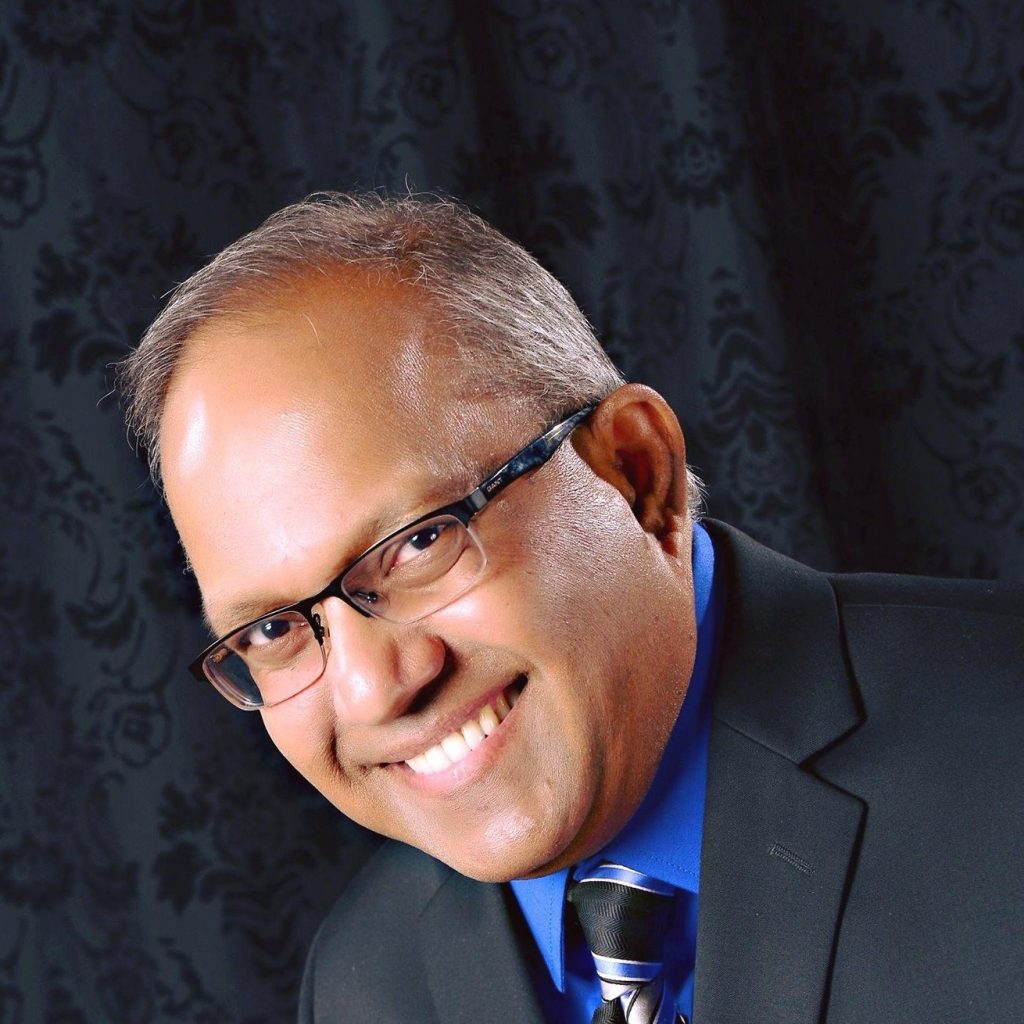 Raman Velu (just call him Velu) left IBM as SAP BW Consultant in 2013 to start a full time career as a Realtor with KW. He was with Keller Williams Central since 2013 and started his own brokerage TeamVelu in 2018. He was awarded Rookie of the year award and he has been consistently a top producer and an award winner every year. Has been on Radio shows on Real Estate Investments and coordinated and moderated a Real Estate session in a 2018 National Investment conference. He has been a private lender through his Quest IRA funds and he’s also a Licensed Mortgage Loan officer. He has raised over $13 million for Syndicating for investments in Apartments, industrial warehousing, Hard money lending, Hedge funds in the last 2 years producing double digit returns for its investors.